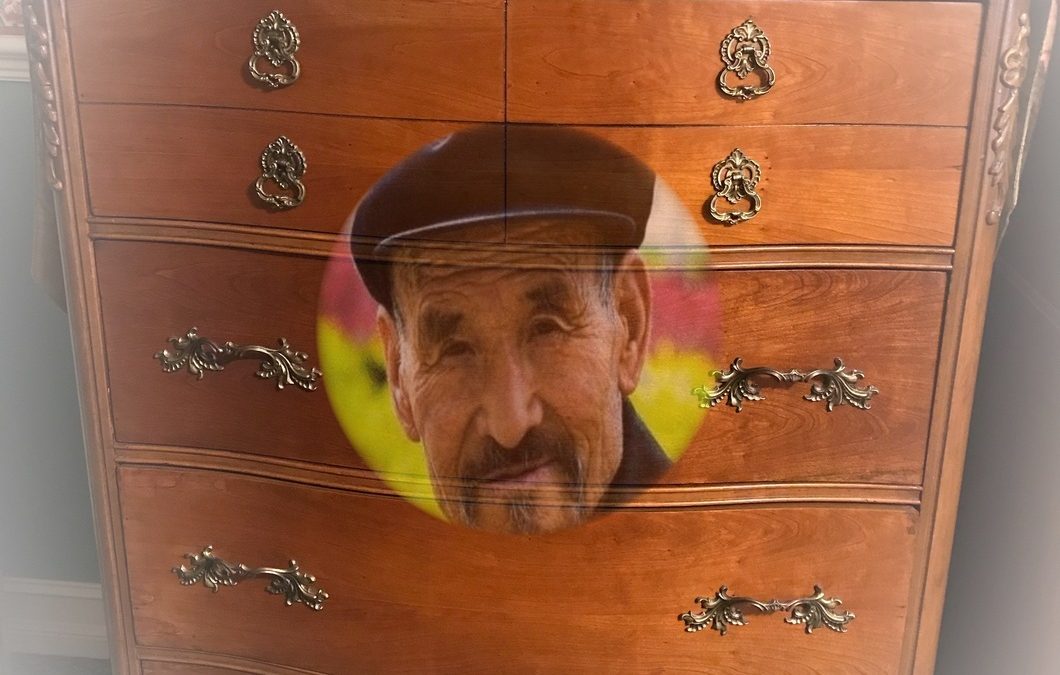 Till he fill thy mouth with laughing, and thy lips with rejoicing. Job 8:21

God created humor! How about the lazy man that makes excuses about not being able to work? There is a lion in the streets. Or is he just lyin’?   Picture a gold ring in a pig’s nose. God used an ass to teach Balaam a lesson. Idols were made fun of because they were made of wood and could not speak or see or anything! The phraseology in some Bible stories reflect the humor of a God that reminded us that a merry heart does good like a medicine. 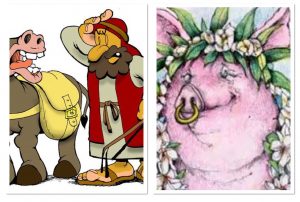 Forget the news; for just a moment share some laughter. I hope these little stories trigger memories in your life. 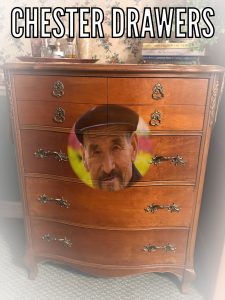 When we were kids and sometimes still as adults we use wrong words for things, just because we always have. A friend and I were driving along and we got to talking about words that like this. I mentioned that I thought the name for slang words that people use to replace “bad words” were called “minced oats” or something like that. She told me that, No. They are called “minced oaths”. She was right. Haha! I have written about “Minced Oats” in the past and no one corrected me. Funny. Who knew? Not me and you might have been too gracious to correct me. Incidentally – I will be writing about “Minced , Oaths” again soon. As we laughed she shared a funny one with me. As a young adult, I believe, she wrote to her mother communicating that she would like to have one particular Chester Drawers from home. Her guffaw was in writing too! Anybody ever sing about “Bringing in the cheese?”   Sometimes we make these changes up and we never forget them. I remember like it was yesterday my older brother singing, “My Marla Masters city dreams”… instead of “O beautiful for patriot dream”.  Well; this may not be the same thing.  Bobby made this up in VBS and Marla was one of the teachers, the young teachers. Ahem. 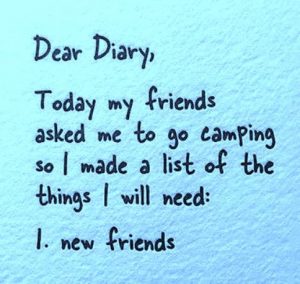 Things are most funny when they are plausible.

My daughters and I have a little group we chat in to keep on things. Yesterday India copied a picture; she had found a page from “Mommy’s old diary”. My diary; how could she? I have posted it here. What made it particularly funny to me -and how I laughed – was that it was so accurate that I had to study it a moment to discern that it was a joke. I sent this picture to a friend in Pennsylvania. He reply to me was that her idea of camping was to open a window. Another round of laughter. If you love camping, you will not understand this, but we thought it was funny and harmless too; right. Hopefully, I will be blessed with a few days camping this summer, at Camp Hyatt. Right? 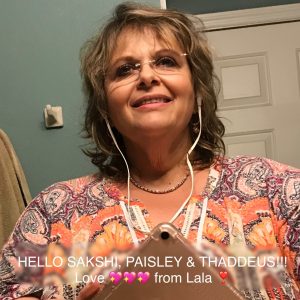 So, I did my selfie using the bathroom mirror.

Words are one of God’s gift to us, the ability to communicate and have given much pleasure and laughter. I just have to look back through texts that involve my grandchildren. On any day, they will cheer me up. Like this picture ….

I do not do selfies but was feeling a little giddy one day. I took one and sent it to my grandchildren in India that I know are missing their Lala by now. India told them that Lala sent a picture of herself to them. My oldest granddaughter, Sakshi asked, “Why”?

What are your stories? What happened five, ten years ago and every time you think of it, you still laugh? Go ahead; tell me, but know this: It may turn up here one day.

Write a note to someone; include a funny memory from years ago or from last week. Tell them you were thinking about it and it prompted you to drop a line. To brighten someone’s day is to brighten your own. If you have grandchildren, the material never ends but I recognize it because I have always recognized the quirky side of life. 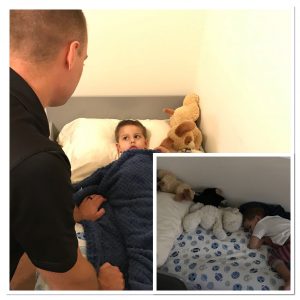 First night in a “big-boy” bed

I got two pictures this morning from Lois. The first was of my son-in-law, Joshua explaining to his son, that his new bed was not just for playing, that it was for sleeping. His eyes told much and the second showed, “SUCCESS”. The first night, kids. Keep me updated.

Grim care, moroseness, and anxiety—all this rust of life ought to be scoured off by the oil of mirth. Mirth is God’s medicine.  Henry Ward Beecher