The King is in The Castle 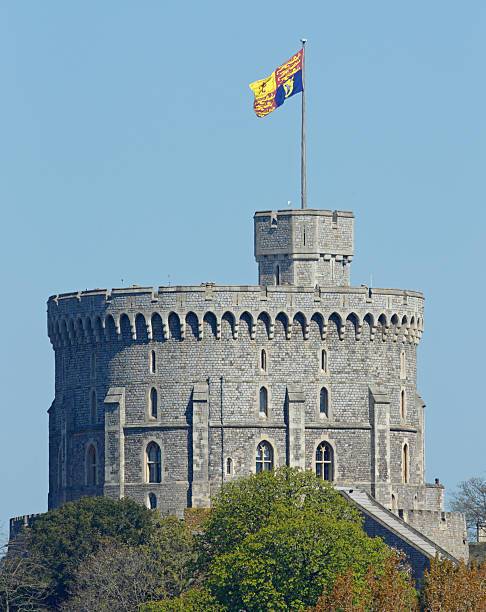 It may seem as if I have not been writing for a very long time, but that is not so. My writing has been shared in the form of a eulogy and I wrote dozens of notes and cards, but likely not as many as I should have. Please forgive. Not published, I have journaled and I have added dozens of truths and inspirations to my digital notebook that is never far away. God has comforted, taught and reminded me of the important. They are for meditation before distribution.

Life began changing dramatically in May 2015, when my husband had a heart attack, with subsequent strokes and seizures. These tribulations did not ruin my life but they altered it. More importantly, they changed us. That declaration alone could fill a book but that is not the purpose of today’s writing. I want to tell you how I have changed. Trials and challenges are meant to change us. With God, these changes can be positive and uplifting to ourselves and to those around us. Instead of covering the past four years, let me cover just the last few months.

On the 19th of June, my Harry passed from death unto life. Ponder that for a moment and what that brief statement means. It means that the suffering and trials of his entire life are finished. He was a fighter, a gentle warrior. This fortitude meant that many of the struggles and responsibilities became mine. I think I have learned during the past months that trials vary greatly from situation to situation, from person-to-person. Testings may be very specific and allowed in our lives because there are areas ready to be refined.

The last hours of Harry’s active life on earth were spent doing what he loved – just another way that God showed great love and compassion to each of us, allowing us sweet final memories. A pastor and his daughter were preparing to leave India to return to the United States the next day. My husband and I were practicing hospitality in a local vegetarian restaurant. He made it to the dessert course and while ice cream might have been his favorite dessert, an Indian dessert would be a close second, especially with a little vanilla ice-cream on top. Think pudding made out of squash, something like a spaghetti squash sweetened and lightly spiced with nuts. I could not help but notice he was thoroughly enjoying this dessert at the time his stroke began.

A doctor at the hospital that I have known for years approached me and told me that Harry would not make it. The damage to his brain was severe. I never had a doubt that if it was God’s will to bring glory to Himself by healing Harry that it could and would happen. I sensed this deeply, but I also began considering the direction that my future seemed to be heading. For two days I watched his body shut down. With relative certainty I knew that I would be a widow very soon and yet I experienced moments of unexplainable hope. Let me explain this in terms of weather conditions… I was surrounded by fog and dark clouds. We have all known those staggering times.  A frantic storm never came, just darkness. About 24 hours after the stroke, the clouds seemed to part for a moment and light entered in the form of hope. I was reminded that the difficult days that began would be for good. Months later, I still cringe as I think about this. Yet I live it. You know the clichés. God is good all the time. Amazing grace; it really is. I live these truths every day now in the most personal of ways. I live – that prayer changes things. Like you, I knew and believed these truths, but they are intimately woven into the fabric of my life, and I trust displayed as an ornament of grace.

Since Harry died, there have been several occasions that I did not know how or if could maneuver them. Repeatedly, I experienced supernatural grace that by its very nature is unexplainable from a human perspective. Anxiety is replaced by grace which allows joy to enter.

Having a burden for other women and their trials, their griefs and their victories I consider women in light of my new path. Becoming a widow with extenuating circumstances that were personal to me, I realized that I was better equipped to help others because my understanding has deepened.

About a month ago, a friend in India took her own life. I was ill. As with most tragedies, there are surrounding circumstances that seem to make the tragedy so much worse to those closest to the tragedy. We share them when there is a purpose, to help another overcome a monumental trial in their life.

I look around me and see sad faces every day. There does not seem to be a great difference between people that know the Lord and people that don’t; I just see sorrow and a lack of hope. I have cried my thousands of tears, most shed alone or with my daughters. Remember the part of the verse in Ecclesiastes, by sadness of the countenance the heart is made better. (chapter 7:3) It is part of true healing.

My friends, ladies that know me, know that I have mourned in a way that felt right to me. I have walked through my home – the home that was once our home – and talked aloud to Jesus. I knew I could say anything and not be judged, that He understood my sorrow. There is not one way to grieve but we must allow hope to be present.

I have an opinion about downcast faces. I see people that wear their grief for years almost as a badge of honor. I need to be careful here because grief is real and it changes and sometimes it seems to multiply. My opinion is that a face that forgets to smile again makes the entire body suffer – their body and yes, the body of Christ around them. A face without joy for an extended time makes others uncomfortable. There is a feeling of helplessness; what can we do to help? Ultimately, allowing joy in again is a choice we must make. That choice may be a battle, but remember, we are never alone.

I heard a little story that was almost an epiphany to me. It was a simple thought that I determined to apply to my own life. There was a teacher in an all boys boarding school many years ago in Europe; this school was known for boys that were spoiled and poorly behaved. The boys were frequently mean and disrespectful to their teachers. The morale of the teachers was poor. They moved about the school in a mode of self-preservation, focused very inward because they felt despised and unappreciated. One teacher was always joyful and cheerful. Occasionally he suffered additional abuse because his demeanor served as a challenge to these poorly behaved young men. One day a student asked him, “Why are you always smiling?” His answer was revealing and inspired me. “Well,” he said, “you know that a castle flies a flag or their royal standard when the king is in residence.” He continued, “when the townspeople saw this flag they knew that their king was in the castle. My smile is my way of letting everyone know that my King is in the castle.”

There is time for grieving, but it is important to me that I am a reflection of a woman where The King is in residence. Let my smile be my Royal Standard.

I met with a ladies group last week and we talked about grieving. We shared the loss of my husband, their pastor and we grieved for a sister that struggled with depression, then took her own life.  This kind of grief will mature you and make you into a better person if you allow it to.

As a woman that loves other women, I feel great empathy when those among us struggle to make sense and find healing in life’s trials. We must find hope and grab it as a life-preserver. An awareness of my responsibility to handle sorrow and disappointments better inspired me to action.  At the end of every Bible study, we will end with a short encouragement. May God allow me to leave the ladies with a thought that will help keep them strong – and happy –  until we come together again as daughters of the King. It is important to be encouraged regularly, but it is something we must apply ourselves to. David encouraged himself in the Lord and I will address his life periodically in weeks and months to come. Our first series of encouragements will be directly aimed at happiness. It is okay to be happy; the Bible fully endorses happiness.

Many people have asked me what will I do now. I do not know, but I know Who knows. I will endeavor to be satisfied with that. Harry and I had plans for the coming year. I consider them often, but with recognition that one very large factor has changed. This was not in our plans but serves as a reminder that I must be adaptable to what God has for my life. I have experienced moments of fear and discomfort in recent months; I think that is normal, so long as I am not swallowed up by it.

I am trying to find my writing voice again because I have projects that I know are mine to finish by the hand of God. I do intend to share the truths that God has given me with you on this page. I have entered into what will be my “new normal” and I ask that you would pray that I would be faithful as I move forward. Daily faithful.

So ladies, my friends, let me encourage you to raise the corners of your lips into a smile. Let that be a banner that shows that The King indeed is in your castle. Of course, we all know Whose castle it really is.